When the perfumer makes a mute flower talk

“Mute flowers” … behind this so poetic expression are hidden, not flowers without smell, but on the contrary very fragrant flowers which do not deliver any secret, do not reveal anything. Clearly, they do not deliver any extract that can be used in a perfume. No extraction process can capture it, so it must be reconstituted.

A fantastic playground for perfumers! Let’s decipher it in an interview with perfumer and aromachologist Patty Canac, an olfactory expert, author of several books on perfume, professor at ISIPCA and also olfactory therapist in hospitals.  Thanks to her for her precious testimony!

“Perfumers have always looked for the best methods of obtaining odors, and it is the Arabs around the 10th century who taught us the art of distillation, because before they used enfleurage (infusion of flowers in heated fatty substances, fatty substances naturally absorbing odors).

But not all flowers wish to deliver their olfactory secrets, and curiously it is the most fragrant flowers on the outside, such as lily of the valley, violet, honeysuckle, that remain silent.

The famous perfumer Edmond Roudnitzka created Diorissimo, an ode to the lily of the valley, working for several years (in praise of the passage of time…) with the idea of getting as close as possible to what the flower does not deliver with all the existing methods of obtaining it.

There are many silent or mute flowers: wisteria, violets, carnations, hyacinths, gardenias, peonies, lilacs… And then there are also those that deliver, but are not as “pretty” as in nature. They need to be dressed, reworked, put in majesty, like the mimosa, or the osmanthus, extraordinary flowers that need to be “reboosted”. “

Have scientific advances given these flowers a voice?

“The mute flowers lost some of their silence more than 170 years ago, with the discovery of organic chemistry, which made it possible to make them speak.

Thus, in 1868, coumarin (from tonka beans) was first synthesized by W.H. Perkin, and introduced by Guerlain twenty years later in the famous Jicky.

These synthetic molecules gave a fabulous palette to perfumers, to allow the mute lily of the valley or the peony that did not deliver its olfactory secret, to be reconstituted.

Thanks to CO2, we managed to do something masterful, thanks to the headspace too, we can better import facets or find interesting things.

And so, these mute or silent flowers become less and less so, thanks to chemistry and the latest research, to everything we are now able to analyze to better reproduce them.”

Do some flowers make other flowers speak?

“Yes, absolutely, because a flower is composed of a whole bunch of molecules, it’s like a puzzle, and some of them are common to other flowers, and will contribute to give them a voice. The perfume of a flower is composed of multiple facets, and we are now able to understand, to isolate a raw material in a composition. For example geraniol ;

it is present in the rose and in many other flowers like lavender, and by isolating it, we can then put other flowers in majesty. This has been the extraordinary discovery of organic chemistry; common odorant molecules exist between a geranium and a palma rosa, and like geraniol, there is linalool… which is also found in coriander, bergamot, rosewood, lavender. We have common puzzles, so there is 80% eugenol in clove, and if we are able to isolate eugenol, we can reconstruct a carnation and other flowers!”

How does the perfumer work with a mute flower?

“He works to reinterpret it. So to reproduce a hyacinth, he takes a component of the rose and other flowers, and puts them in the hyacinth, to create another puzzle that will give THE hyacinth he wants to give. Because there is not only one hyacinth, it is like in a garden, there are many different ones, and not all of them have the same fragrance. And the perfumer has his own free will… This is where his artistic touch and his talent come into play. Because the role of a “nose” is not to compose a soliproduct, a single flower, but to tell its story, to dress it as when we put jewels, precious stones, to put in majesty what they have to say. And what he wants to say. It’s an artist’s work.

How are muted flowers being processed?

“This has evolved over time, because we don’t want the same thing from a perfume today as we did 20 or 30 years ago, when we liked more transparent notes for example… Now, we expect the perfume to be tenacious, so our mute flowers will be very reworked and “boosted” to be more present. Like everywhere, perfumery – or at least part of it – is subject to fashion… “

How to explain that the most fragrant flowers are the most silent?

“They are always very fleeting flowers, not very long-lasting: lily of the valley or lilac last few days compared to a magnolia for example. It is also necessary to make the difference between tree flowers (magnolia, ylang-ylang, mimosa…), bulbous flowers (iris), flowers from which only the petals are taken (rose..) etc. They do not grow in the same way, are not fed with molecules in the same way. And then, it’s also a bit of nature’s magic!”

About the Linden, a mute of perfumery, why has it been so little used, when there is a great emotional attachment to its scent?

“It is indeed a very endearing flower, which has been around since the dawn of time, and has been celebrated by great painters like Monet, and literature with Proust.  It has been used but always in small facets because the flower was considered close to cosmetics, soothing and evanescent, and especially in Asian markets where they were not looking for power, because it is a flower that I would describe as “pastel. “

What are the characteristics of the linden flower fragrance?

“For me, it has a pastel elegance… The talent of the perfumer Francis Kurkdjian was, among other things, to work with long-lastingness and modernity.

It soothes the mind, which in the current period is very expected, it is a smell in mute but still floating in the air, a divine smell.  It brings the classical music side, with its soft timeless notes. It has a strong memorial dimension! The lime tree is reassuring, it evokes the possibility of being ingested, to calm, to tranquilize, to bring quietude, but also it offers a whole side of silence … We take a lounge chair, a book, it is a moment between oneself and oneself, it is an effluence that promotes introspection.

L’Eau Qui Enlace is delicious everywhere, at any time. It goes far beyond a fragrance that smells good, because it is in the register of pure emotion. Many perfumes are worn to be elegant when going out, or to seduce. They play a “social” role. This one, for me, acts in the opposite way; once you diffuse it, it makes you “want to settle down”. It puts you in a “posture”, and this is very rare: once sprayed, you say “wow”, it makes you want to sit down, to settle down, to read, to dream, it allows you to go into a memorial moment, as if you were really taking a meditative break, and it provokes the desire to give yourself this break.

How do you explain this memorial power of the linden tree?

“At the Palace of Versailles, there are a lot of linden trees, you walk along the avenues and you are lulled by the smell of linden trees, even if people don’t know it. Alain Baraton, the head gardener, says that the linden tree is fabulous because it is “the past that is in the present”, it is the long dress, the relaxation, the cup of tea in the shade.

There is a family side to the linden tree, solitude, and at the same time sharing. We are in the sharing AND in the intimate, it is paradoxical! We are not far from the mimosa which evokes the blue, the sea and the sun, while the linden tree evokes calm and introspection. It must play on the autonomic nervous system, be on the para-sympathetic part: reduced heartbeat etc… And psychologically, the visualization of this tree invites you to “descend” from your nervous system into the rest and relaxation box, rather than dynamism.”

And finally Patti, what is your personal story with the linden tree ?

“It brings me back to moments of joy, of happiness! When I smell the lime tree, I look at my surroundings with a different eye and I say to myself, “I feel good here”. This is probably due to my childhood when there were linden trees in the family garden. It’s a smell that has been present since I was a little girl, there have always been linden trees in my house. These trees have always been present everywhere, even in the Paris region, and lindens have accompanied everyone; it is a tree that is part of history, it was part of the sacred plants and was used by the druids, but it is still very current. Moreover, when we are told how to sleep better, to have good dreams, everyone thinks of the linden tree!”

And what better conclusion on the linden tree, our beloved mute flower, than that of Elisabeth Martorell, editor of French ELLE magazine, who said of L’Eau Qui Enlace TiL:

“A little marvel of softness and delicacy, an olfactory cuddle in a period saturated with perfumes that slam.”

All is said … Thank you. 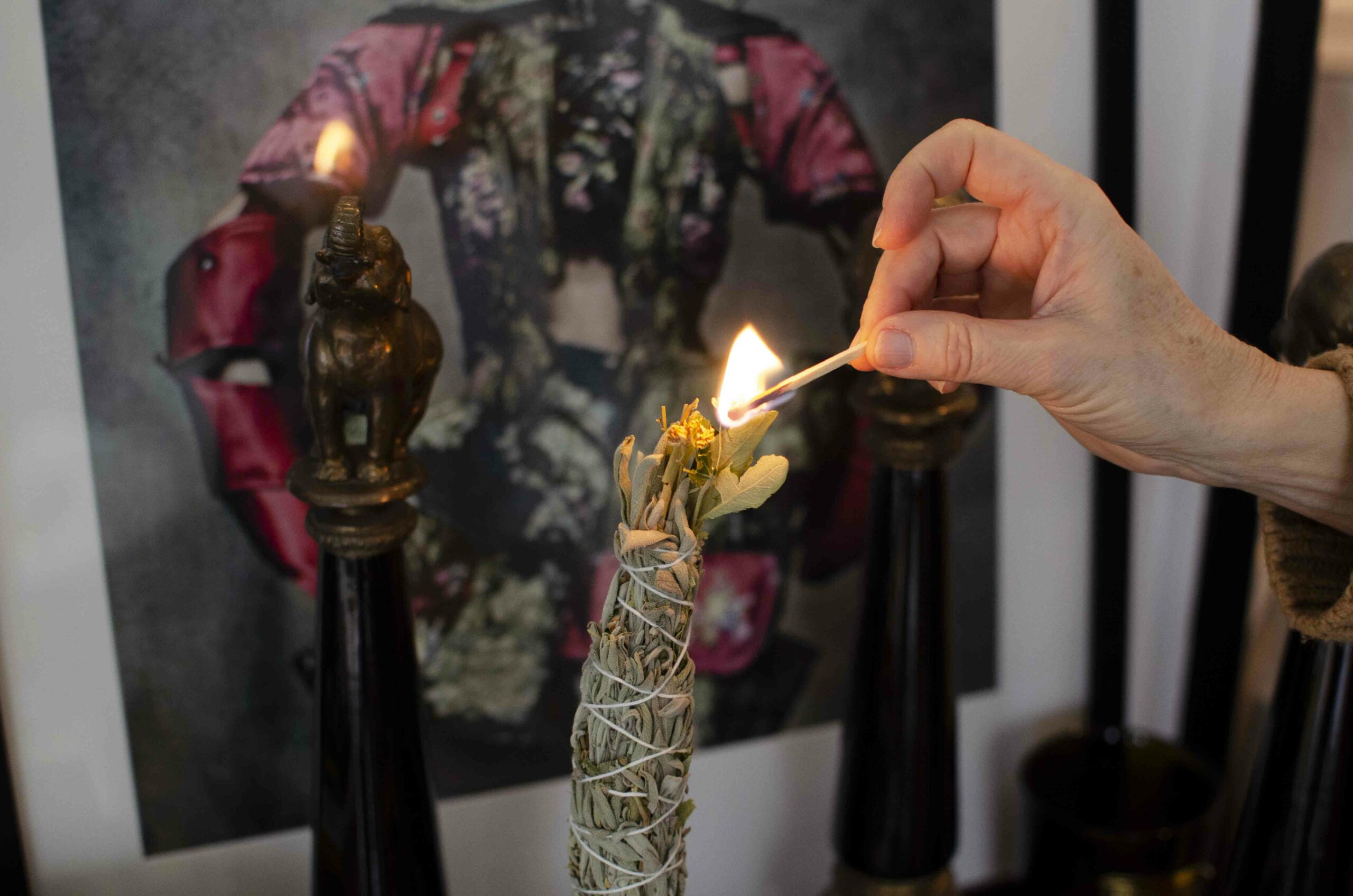 The virtues of fumigation rituals

Vibrations, energies, spirits, positive vibrations… you believe in it or not, give the meaning you want to these words, but in any case, at TiL, 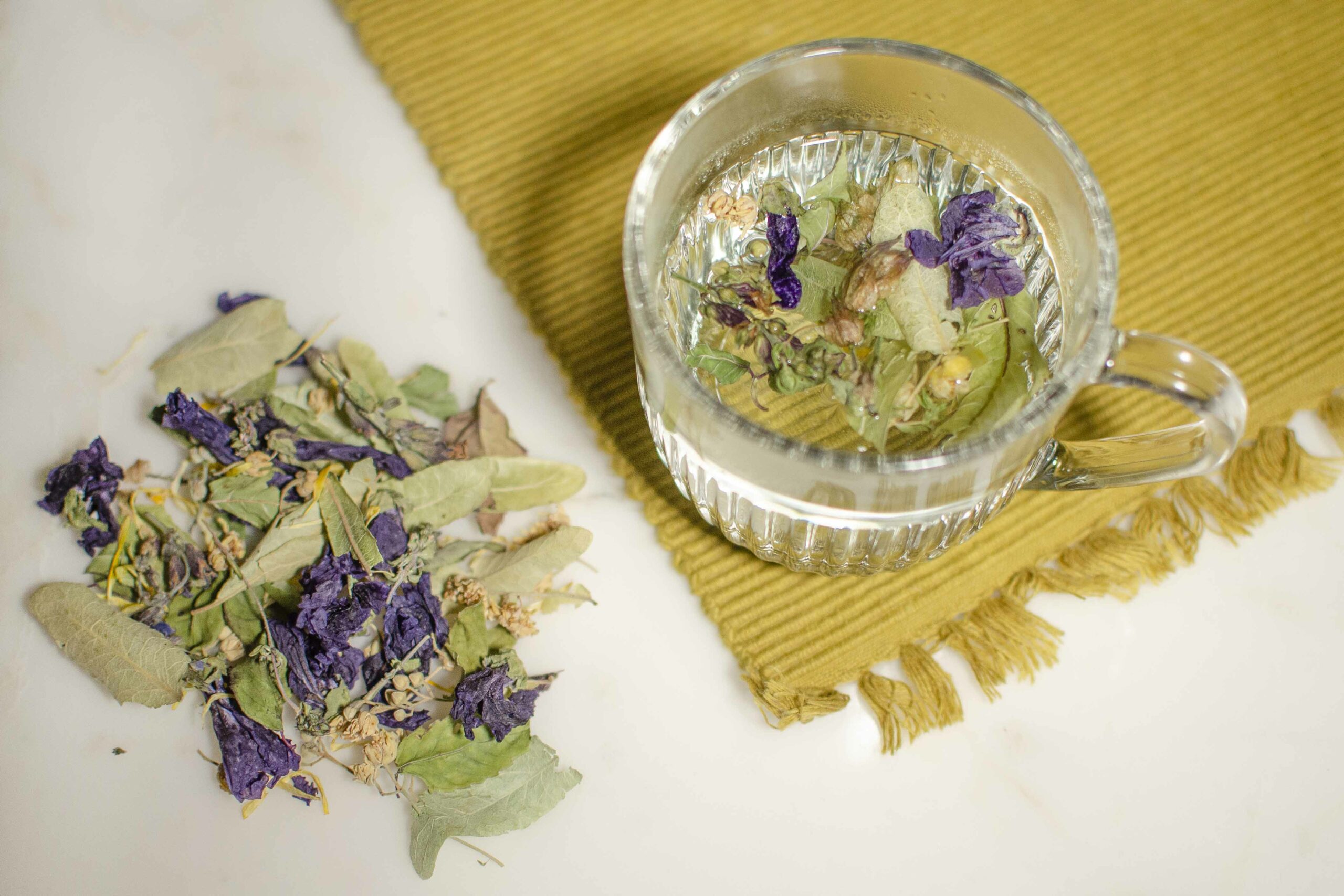 The benefits of plants on ours health 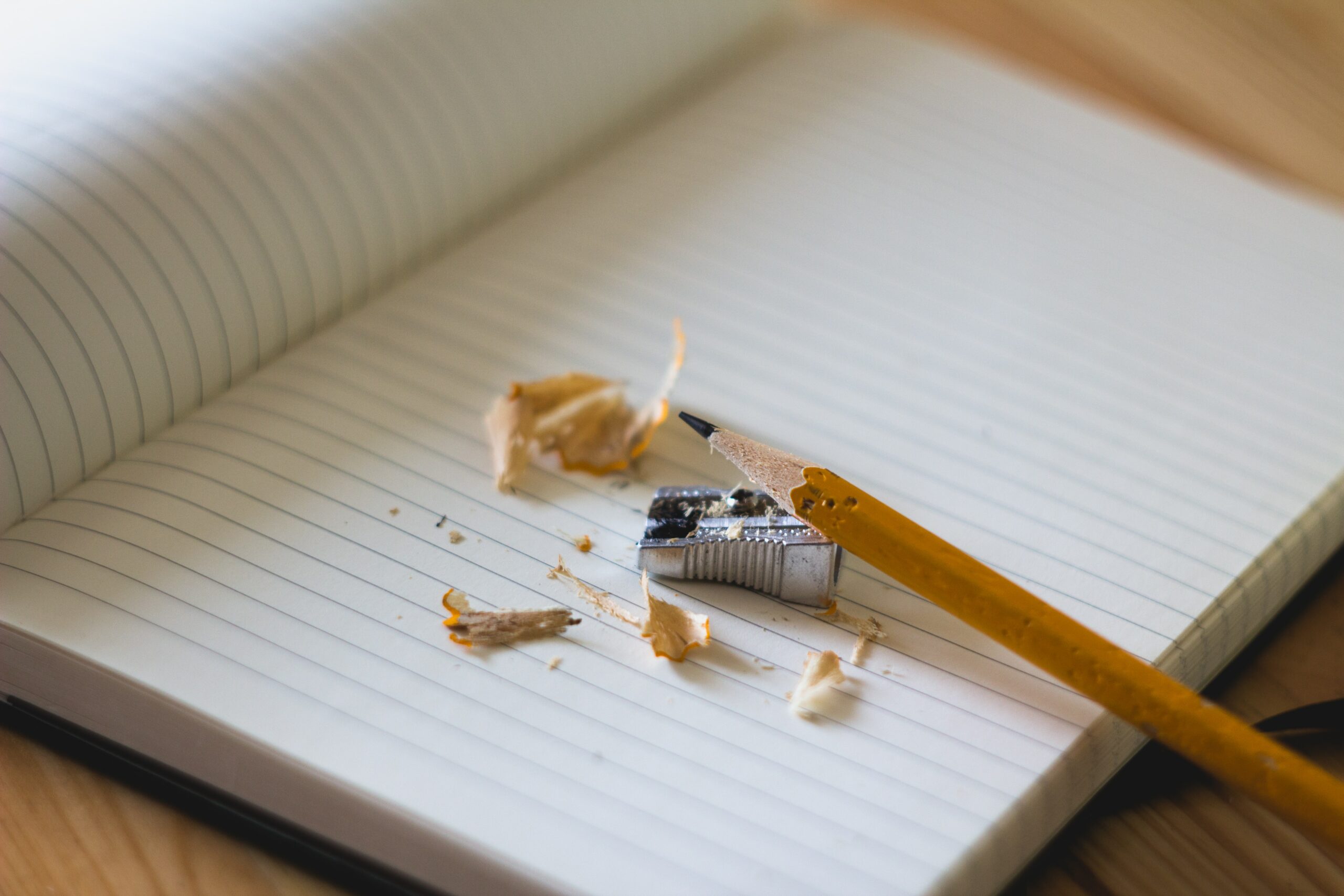 Are you sometimes overwhelmed by your emotions, invaded by thoughts that swirl around, to the point that sleeps becomes difficult? Are you prone to having 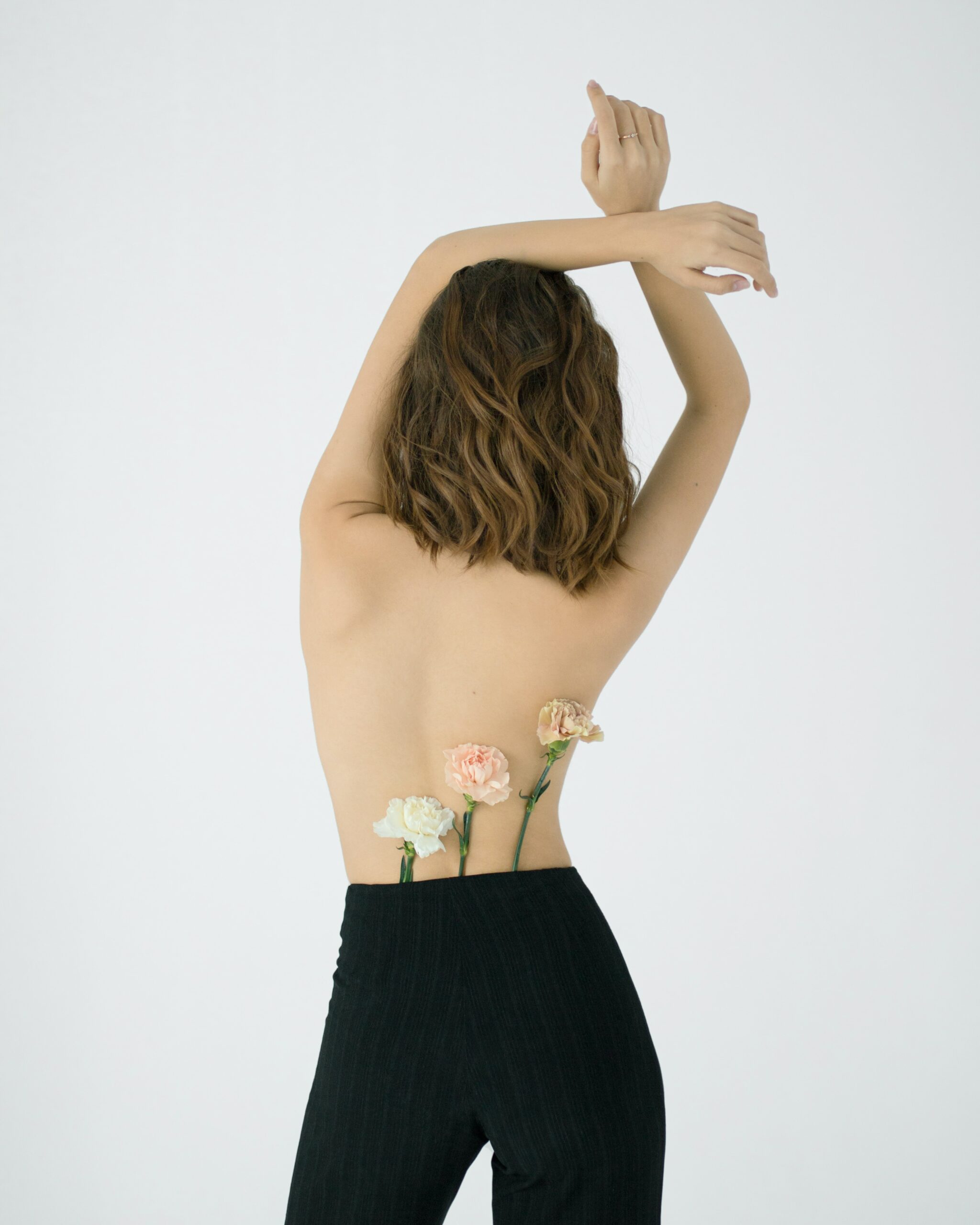 Have you noticed that we always talk about detox after the holidays, but in fact it is before that we should do it, to prepare the body for all the rich

We use cookies on our website to provide you with the most relevant experience by remembering your preferences and repeat visits. By clicking on "Accept", you consent to the use of all cookies.
SettingsACCEPT
Manage consent

Receive our latest news, beauty and well-being tips every week.